As we go through the scriptures to see what it is that the Lord has to say to us on this particular topic, we now come to an area of contention and sensitivity.  The reason why it’s sensitive is more people embrace the culture of today and try to impose it on the scripture instead of conforming to what the scriptures say.

In this portion of the passage, we’ll be taking a look at the manner in which women are to learn in the church.

Let the woman learn in silence with all subjection. But I suffer not a woman to teach, nor to usurp authority over the man, but to be in silence. (1 Timothy 2:11-12) 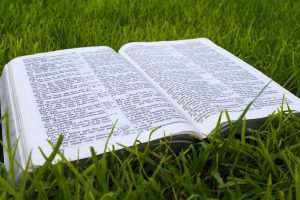 I have heard many explanations of this scripture, one being that Paul was giving his opinion which is far from true when we look at what the argument is based on.

That Paul is exhorting women to learn was a change since Judaism and the Greek culture did not highly esteem women. Some women reacted in hostilely by attempting to take roles of leadership within the church which included the weighing of prophecies and teaching. This was all within the context of the church gathering and tended to be disruptive. Having a home church, which is the dynamic which these churches operated in, it can be easy for someone to jump up and start spouting off a whole lot of things roughshod over the teacher as if they were the ones with the God given authority. Gifting does not equal authority. Calling and character does. So this silence was that they should not teach or preach but learn in submission when the church gathers, the same submission in which they are to give to their husbands (Ephesians 5:1).

When Paul states he does not permit a woman to teach, he does not appeal to his opinion (more on this later). The Greek word for permit is epitrepo which means to commit, give leave, or entrust which is a better way to translate it.

By this, is Paul excluding all teaching by women? Absolutely not. In writing to Titus, he encourages older women to teach the younger women (Titus 2:3-4). Timothy, the pastor Paul was writing to here, was taught by his grandmother and mother which Paul commends (2 Timothy1:5). Apollos was instructed by Aquila and Priscilla, a married couple, in the way of the Christian faith (Acts 18:25-26). The woman is a co-teacher with her husband in the household when it comes to children. So all teaching is not excluded.

Also, it’s important to note that Paul is speaking by apostolic authority in that he was writing scripture. There is no part in the scriptures that we arbitrarily throw out certain sections that we feel are not valid unless the scripture has made it invalid (i.e. ceremonial law). If so, all scripture is then open to relativistic interpretation which would only invite confusion into the whole argument. You cannot appeal to the authority and inspiration of the word of God piecemeal. It’s all or nothing.

If that’s the case, then on what grounds does Paul make this assertion? Is it by apostolic authority alone or does he appeal to another authority? We’ll cover this in our next part in the series.