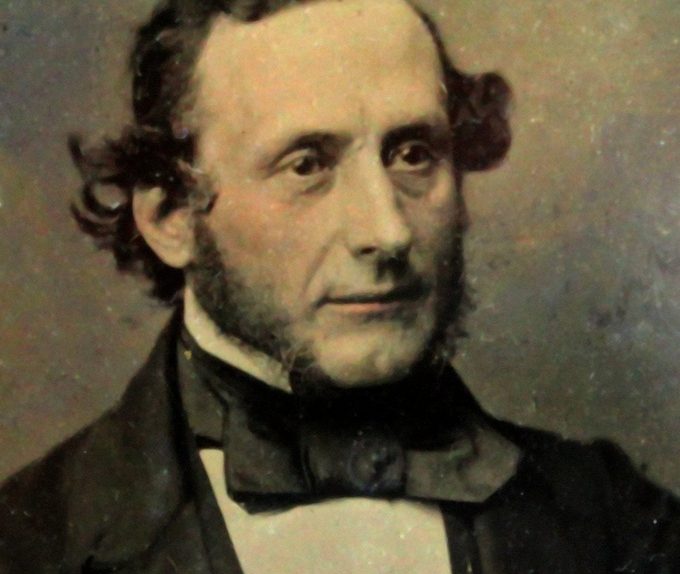 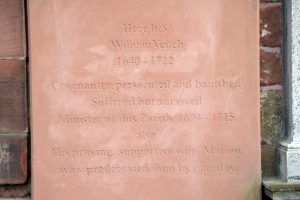 In 1680, after soldiers had dragged away her husband William, because of his faithful, front-forward preaching, Marion Veitch stated:

It bred some new trouble and fear to my spirit; but He was graciously pleased to set home that word ‘He does all things well; Trust in the Lord and fear not what man can do’; which brought peace to me in such measure that I was made to wonder; for all the time the officers were in the house He supported me so that I was not in the least discouraged before them.

Shortly afterward, news arrived that William was to be hanged. Marion rode horseback through a blinding January snowstorm to Morpeth jail, arriving at her destination at midnight. In the morning, she was given a few moments with her husband, “then I went to a friend’s house and wept my fill.” That day, the prosecutor, Thomas Bell, made a decree: “Veitch will hang tomorrow as he deserves.”

That evening, Mr. Bell stayed long at a friend’s, drinking and talking until past ten. When he left for home, it was not only dark but a chilling cold was moving through the area. He never arrived at his residence. . Two days later, his body was found in the river, frozen all the way up to his arms in a solid block of ice.

Later, William Veitch was released and him and his wife lived to a good old age, dying within one day of each other. They passed on their godly heritage to their children and grandchildren.

There is a peace that passes all understanding, and the providence of God works in all circumstances for the good of His own.

And we know that all things work together for good to them that love God, to them who are the called according to his purpose. (Romans 8:28)