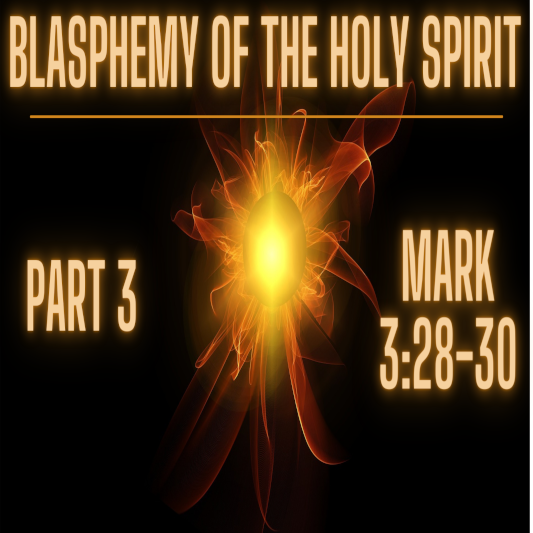 Blasphemy of the Holy Spirit – Part 3

So far in our study, we have looked at the claim the scribes from Jerusalem presented about the Lord Jesus. They had concluded He had a demon. Not just any demon, but the prince of demons — Beelzebub. They said this in reaction to the Lord casting out demons. And they had thrown out the accusation it was by the prince of demons He cast out demons.

In response, the Lord lets them know how absurd their argument is. He does this by pointing out the absurdity of it on its face. He responds with a parabolic or proverbial question which is “How can Satan cast out Satan?” He then continues to build on this premise and strengthening His argument by expounding why their accusation was flawed.

First, He points out that a kingdom divided against itself cannot stand. A kingdom which attacks itself has no chance of accomplishing whatever it wants. In other words, if what the scribes had said was true, then Beelzebub would have been working against himself, which is preposterous. It would be outside of the character of the enemy of our souls. He’s evil, but he is not stupid. Even the kingdom of darkness has order. It’s a counterfeit of the kingdom of light and will take from it what will benefit it. The one thing that benefits it is a hierarchal structure — certain ranks and spheres of domain in order to work towards the goal of that kingdom.

To further drive home this point, the Lord says the same thing but uses house instead of kingdom. The focus word, however, is division. True division, not false division.

We tend to throw around the word “division” in the church like people throw around the word “racist” in the culture today. If it looks or reminds people of something that could be distressing (which normally means they are uncomfortable or it has something to do with the confrontation of sin) it gets pulled out of the verbal knapsack and swung around with abandon. It’s so bad in some cases you can’t disagree with people without that word being bandied about.

You can have disagreements and correction and there be no division. This is in Scripture, and I have experienced this many times in my life with brothers in the Lord. We don’t agree on every single thing across the board. Yet, I love them and would go to bat for them any day of the week. We can talk for hours on end because we understand this truth — disagreements and correction do not necessarily divide the church. It could divide the church, but when that happens, it could be by necessity, or by immaturity. All of it is under the sovereignty of God.

Unity is important in the body of Christ (Ephesians 4:4-6).

There is one body, and one Spirit, even as ye are called in one hope of your calling; One Lord, one faith, one baptism, one God and Father of all, who is above all, and through all, and in you all. (Ephesians 4:4-6)

However, it is not the end-all. It is not unity at all cost. There are times where division is commanded (Romans 16:17, 1 Corinthians 5:11).

Now I beseech you, brethren, mark them which cause divisions and offences contrary to the doctrine which ye have learned; and avoid them. (Romans 16:17)

But now I have written unto you not to keep company, if any man that is called a brother be a fornicator, or covetous, or an idolater, or a railer, or a drunkard, or an extortioner; with such an one no not to eat. (1 Corinthians 5:11)

The Lord said if Satan is divided against himself, it means he and his kingdom is coming to an end. He then explains what exactly was going on when people saw Him casting out devils. He still presents this with in the context of his proverb. And He says:

No man can enter into a strong man’s house, and spoil his goods, except he will first bind the strong man; and then he will spoil his house.

In this presentation, Satan is depicted as the strongman and the Lord Jesus Christ is the one who binds him by casting out demons. The scribes said Jesus was in collusion with the devil. But Jesus says it’s the exact opposite — it’s not a collusion or partnership. It’s an invasion. The Lord Jesus was dispossessing the strongman of his goods — the people who he had in bondage through demonic oppression, sickness, or bad theology. He is plundering the strong man’s house. The reason for this is that he is stronger than the strongman. This was evidenced by the demons themselves when they came out of the people in fear and terror.

There is a grave misunderstanding in the church today where we give the devil more power than he deserves. And what he has done is deceive people within the church to think that is biblical and spiritual when it is far from it. This is not to lessen the power of the enemy of our souls, but we have to keep things in perspective. Satan/Beelzebub is the devil, but he is God’s devil. God is the one who is Sovereign over all and in control of everything (Jeremiah 32:17).

Ah Lord GOD! behold, thou hast made the heaven and the earth by thy great power and stretched out arm, and there is nothing too hard for thee: (Jeremiah 32:17)

This morning, we will take a look at the deep seriousness of why the Lord said all of this. What and where this all led to, which is a very serious portion of Scripture, we should take our time on to understand.