In Part I, we presented that the mark of a true Christian can be summed up in two words. The first is repentance.They are not the same person and have been transformed into a new creature.

Therefore if any man be in Christ, he is a new creature: old things are passed away; behold, all things are become new. (1 Corinthians 5:17)

People who make the assertion that they’re saved yet do the same thing as they did before, live the same lives, and think the same way are not people who have been regenerated. It’s the same old man, not a new man. They’ve just put on religion cologne. The may gather with a church, attend some Bible studies, and even know how to say the right things. But a true Christian will have a life that is marked by a whole new way which is fueled by God’s word. The desire to learn about God’s way and keep the commandments of God is the cornerstone of their lives.

The second word that that describes the mark of a true Christian is continue.

Keep On Keepin On

Jesus made a definitive statement when it came to recognizing those who were truly His disciples.

Then said Jesus to those Jews which believed on him, If ye continue in my word, then are ye my disciples indeed; (John 8:31)

The word ‘continue’ is translated from the Greek word meno which means to stay. Endure. Those who are true believers are new creations who look to the Lord’s word as the bedrock of their lives. There are those who may be disciples in the sense that they learn about Jesus, what He taught, and who He is. But that’s not true discipleship. True discipleship looks at His word as life and truth.

It is not enough to receive God’s truth – we must retain and walk in it. And it is only when we receive the truth, love it, keep it, and walk in it, that we are the genuine disciples of Christ.

The heart of a true disciple which has been regenerated seeks to please the Lord because we have a genuine love for Him.

A person can have a false conversion, believe they are saved, and fool everybody. A prime biblical example of this is Judas Iscariot. They can hang out with the right people, do the right things, say the right words, and end up not being a true disciple. This is reflected in the parable of the wheat and tares found in Matthew 13:25-30. It speaks about tares being sown among wheat, the implication being true believers (wheat) and false converts (tares). Tares look just like wheat but upon close inspection, we discover that they are not.

A question that may arise when looking at Judas is was he saved then loss his salvation. When looking at Judas, it becomes apparent that he was as Jesus said He was, a son of perdition (ruin, damnable, loss, perish)  which he mentions in His prayer in John 17:12 and while speaking to His disciples in John 6:70. Even the disciples were unaware that Judas was not a true convert and a betrayer. But Judas showed his true colors because he ceased to continue. That only showed that he never repented in the first place. John says it well:

So Judas did not lose his salvation. He wasn’t saved to begin with. This is the same as those who seem to continue for a while but then fall away. They didn’t lose their salvation. You can’t lose what you never had. You can only fake it for so long but even if you do fake it for the full run, you’ll eventually pay for it in the end.

Where people usually get fooled is in the function of an individual. They see a person in a church setting who may be a pastor, elder, deacon, or worship leader and believe by position and function that the individual is a true believer. However, salvation is not marked by function as the Lord clearly states: 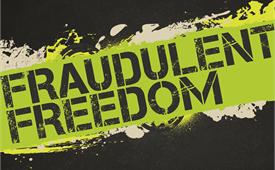 Many will say to me in that day, Lord, Lord, have we not prophesied in thy name? and in thy name have cast out devils? and in thy name done many wonderful works? And then will I profess unto them, I never knew you: depart from me, ye that work iniquity. (Matthew 7:22-23)

Function without repentance is false religion which doesn’t save anybody.

Repentance and continuance in the faith are definitive signs of a true Christian. Without these, there is no salvation and you are still under the wrath of God.

Be sure and be saved.

Examine yourselves, whether ye be in the faith; prove your own selves. Know ye not your own selves, how that Jesus Christ is in you, except ye be reprobates? (2 Corinthians 13:5)