Having defined the church from the biblical viewpoint in  Part II of this series and explained the believers relation to God, let’s now look closer at the unbelievers position in the same light. 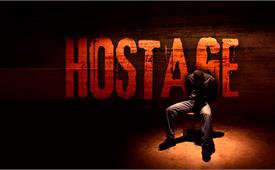 The word of God is clear how God views the unbeliever:

God judges the righteous, and God is angry with the wicked every day. (my emphasis) (Psalm 7:11)

They [unbelievers] are every day doing that which is provoking to him, and he resents it, and treasures it up against the day of wrath. As his mercies are new every morning towards his people, so his anger is new every morning against the wicked, upon the fresh occasions given for it by their renewed transgressions. God is angry with the wicked even in the merriest and most prosperous of their days, even in the days of their devotion; for, if they be suffered to prosper, it is in wrath; if they pray, their very prayers are an abomination.

We don’t want to tell believers their reality from this light because it’s not politically correct. It’ll hurt their feelings. It’ll drive them away. The emergent, seeker sensitive, liberal approach. However, when we don’t tell them their reality, we prove how much we don’t love them.

The wicked, evil, sinful man is not necessarily the one that goes out and beats his wife every day or the one who drinks themselves into oblivion regularly or sleeps around. No. It’s the one with pent up unforgiveness. It’s the one who hates secretly. It’s the one whose lips speak all kinds of good things about God but whose heart is far from Him.

In that Matthew Henry quote, he reveals another reality of the unbeliever, mainly that God doesn’t hear their prayers.

And when ye spread forth your hands, I will hide mine eyes from you: yea, when ye make many prayers, I will not hear: your hands are full of blood. Wash you, make you clean; put away the evil of your doings from before mine eyes; cease to do evil; (Isaiah 1:15-16)

Then shall they cry unto the LORD, but he will not hear them: he will even hide his face from them at that time, as they have behaved themselves ill in their doings. (Micah 3:4)

Now we know that God heareth not sinners: but if any man be a worshipper of God, and doeth his will, him he heareth. (John 9:31)

So, the prayer and the worship of an unrepentent sinner is an abomination. God doesn’t receive it and has nothing to do with it.

The unbeliever is not my brother. They’re not a part of my family which is the body of Christ. The spiritual intimacy of being joined as one in the body is profound and reserved only for saints (Christians). The Bible admonishes not to be tied intimately to unbelievers.

Shall two walk together, except they have agreed? (Amos 3:3)

Be not unequally yoked with unbelievers: for what fellowship have righteousness and iniquity? or what communion hath light with darkness? (2 Corinthians 6:14)

Which Way Are We Goin?

The last verse Christians refer to frequently in marrying unbelievers but it’s not exclusively talking about that. It’s talking about in any way: marriage, business, worship. The word yoke is translated from the Greek root word zugos which means to join or a coupling. It has the sense of bonding together with and is what farmers used in he past to drive their oxen who pulled their plows so that they would go in the same direction.

When unbelievers are in the midst of the congregation of the saints where prayer, praise, and worship are going forth and they join in, what is going on is a spiritual yoking and God is not pleased.

There’s a sense of this reflected in the parable of the wedding feast in Matthew 22:11-13 where an individual was among the guests without a proper wedding garment. They didn’t belong, the Lord saw that, and the servants were ordered to promptly escort them out of the feast. Directly this is talking about false converts and apostates, tares among the wheat and has everything to do with bringing them to church. I’ll explain how as well as what a believer’s relation is to the unbeliever in Part IV, the conclusion.