In Part Three of the series , we took a look at the unbeliever’s position towards God and saw that it was not a favorable one. God is angry with the wicked every day, doesn’t hear their prayers, has put them under His wrath, and implores them to repent.

We often hear the phrase, “We’re all God’s children.” Fact of the matter is, we’re not.

The unbeliever and believer’s relation to one another is similar and yet worlds apart. In relation to God, they are both part of God’s creation. They both bear the image of God. However, it’s the believer alone that has the privilege of being a child of God. Children have rights in the familial tie that they have to God. Those who are God’s children are heirs to His kingdom:

And if ye be Christ’s, then are ye Abraham’s seed, and heirs according to the promise. (Galatians 3:29)

We have the privilege of reigning with Him.

We have the right to cal Him our Daddy:

And because ye are sons, God hath sent forth the Spirit of his Son into your hearts, crying, Abba (daddy), Father. (Galatians 4:6)

Unbelievers have none of these rights and therefore are not children of God and have no relation to the children of God. They are simply under His wrath.

So the question is, when and how do we relate to the unbeliever?

We should interact, hang out, and commune with unbelievers when two things are not happening:

This doesn’t mean we partake in their evil deeds as Ephesians 5:11 exhorts us, but there are a million things and different ways that we can relate to unbelievers.

You get the picture.

Sunday mornings among the congregation of the saints with the church praising God while believers are joined to each other in prayer and worship is not the place for them. That is exclusively for believers and until they make the decision to become a child f God, they neither have the right or privilege to be in the congregation of the saints. When we bring them among us in this setting, what we are facilitating is the creation of false converts and apostates.

For The Sake of Love 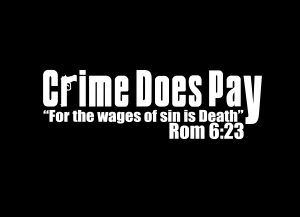 Bringing an unbeliever into the midst of the church puts the unbeliever in an awkward setting of which they know nothing about. By doing that, they are many times forced to play along with everyone to fit in. If they do this well enough, they may like it and pretty soon they are starting to look like maybe they may have been saved when the fact is they never repented from their sins and they’re just good at fitting in. They never were really saved. They’re good at being a false convert. This is unloving towards them because they end up believing they’re in a right relationship with God when they are on their way to hell. It is an indirect way of deceiving them.

In addition, since their mind has never been renewed, they are prone to poison within the church with behavior, doctrine, and worldviews that are ungodly, especially if there are others there like them. The Bible calls the damnable heresies (2 Peter 2:1). This is unloving to the church of Christ and one of the reasons why we have so many false teachers today calling themselves Christians leading believer astray and preying on others.

We can lessen the number of false converts and apostates in church by going out into the world and making disciples THEN bringing them into the church. Is this foolproof? No. Paul himself recognized that:

For there must be also heresies among you, that they which are approved may be made manifest among you. (1 Corinthians 11:19)

Some people may have the right walk, the right talk, embracing the truth, and looking like a true believer only to find out that they were never a believer in their hearts. We don’t know this. Only God knows. We deal with the evidence in front of us which we are called to do. We still may be fooled. But God isn’t.

Let’s not make the situation worse than it already is.