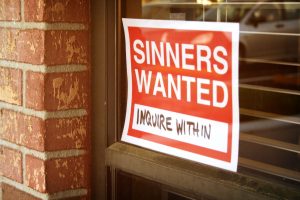 Bringing the unsaved to church is the exact opposite of what the scripture teaches. As was mentioned in Part I, the church is supposed to be missional. Therefore, the church should be going to the world, not the other way around.

In Luke 9:1-6, the Lord sends out the disciples to go and preach the gospel. The Lord Himself was going from place to place preaching repentance and salvation. He is always coming to where people are. Even in Revelation 3:20, He says:

Behold, I stand at the door, and knock: if any man hear my voice, and open the door, I will come in to him, and will sup with him, and he with me.

The problem with buildings is that they are static places where people have to go. However, in the new covenant God flipped it. Instead of having to go to Solomon’s temple, He built His sanctuary in our hearts and now tells his disciples to go.

This is not a suggestion. It’s a command for all those who would follow the Lord. Wherever we’re at, we’re to have lives that reflect the peaceableness, holiness, and righteousness of the Lord, all the while preaching the gospel.

Allow me to get a little technical on you.

The old testament was originally written in Hebrew with some Chaldean thrown in there very scantily. The New Testament was written in Greek and Aramaic. It’s best many times to go back to the original languages to et a fuller meaning of what a word means and says in context.

The word ‘preaching’ is translated from two words. The Hebrew qara which means to call out to or address. The Greek is keruss and means to herald or proclaim. It has the sense as a public crier. This doesn’t have to be in front of a podium or yelling on a street corner though both of those are valid. It’s wherever we’re at.

What Is the Church?

The word church in the Bible is derived from the Greek word ekklesia which literally means “called out ones” (there we go again). It is the Christian community, a local body of believers, or the universal body of believers. So the sense here as that those who are the church are believers and disciples of Jesus Christ. Not seeking. Not curious. Not guessing. People who have made a proclamation of faith and who are wholeheartedly pursuing Him.

There are three main thrusts scripturally presented to us as to who and what the church is. 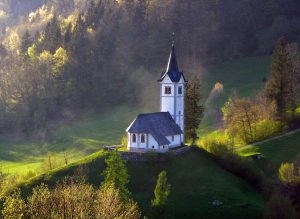 The church as God’s people is presented in Romans 11:11-25, combining both Jew and Gentile as one people. This is also presented in Galatians 3:28-29, where here is no distincti

on by race or gender but that we are are all one in Christ for those who receive him. Peter, using language that was once reserved for Israel, he speaks of the church as a holy priesthood and house of living stones (1 Peter 2:4-10).

Unbelievers are said to be the enemies of God (James 4:4) and therefore sill set apart for His wrath (Job 19:11). They have no portion with the people of God.

In Ephesians 5:22-23, 30, the church is compared to as a wife who He cares and loves. As a man and woman become one flesh, so is the same sense as the union between Christ and His church being one body. In Hebrews 3:6 the church is called Christ’s house, implying that is where He dwells. Christ is the head of the church (Colossians 1:18) and therefore those who are His, the church, are under His lordship.

Unbelievers are still in rebellion to God and operating under their own lordship. We cannot be in one body with them because that would be tantamount to being unequally yoked (2 Corinthians 6:14).

1 Timothy 3:15 speaks of the church being the “pillar and ground of the truth”. The church holds the ultimate truth to the universe according to Christ and revealed through the prophets and apostles. This is played out through the adherence to sound doctrine and accountability among believers.

Unbelievers should not be asked to be held accountable to something they don’t even believe in. They still believe a lie.

When we look at church from this biblical foundation, we begin to see that unbelievers have no relation, tie, or privilege (yes, that’s what it is), to congregate with the saints on the same grounds that believers do before God.

This does not make believers better than unbelievers. Far from it. However, we are in a better and more blessed position in relation to God and therefore we must be as wise as serpents and harmless as doves when operating in that position.

So, what exactly is the position of the unbeliever? When do we know when a person is ready to be brought into the congregation? What does it mean? How is this beneficial to the believer and the unbeliever alike?

I’ll lay it out in Part III.