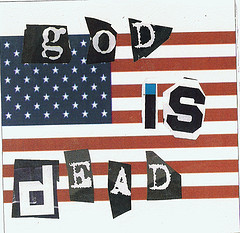 Few have suffered a sadder story than the German philosopher Friedrich W. Nietzsche. Nietzsche grew up in a Christian home. Both his grandfathers had been Christian ministers, and his father was a Lutheran pastor. But Nietzsche rejected Christianity, and formulated his famous “Death of God” philosophy.

When Nietzsche said that God was dead, he didn’t mean that a literal God had literally died. He meant that, in Western civilization, belief in God was dead. Western philosophers no longer accepted God or sought to obey him. In other words, as far as Western philosophy is concerned, God just doesn’t exist anymore. Christianity has been replaced by humanism as the cornerstone of Western thought.

Nietzsche’s famous parable about this is called The Madman. A madman appeared in the marketplace one morning, holding a lighted lantern in the bright daylight. He startled everyone by crying, “I’m looking for God! I’m looking for God!” The people made fun of him, saying, “Do you think God is lost? Is he hiding?” The madman leaped among the people, his eyes wild with alarm, crying, “Where is God? I’ll tell you where he is. We have killed him—you and I. All of us are his murderers. We have cut ourselves off from God as though we had unchained the earth from the sun, and we are wobbling out of control, plunging backward, sidewards, forward, in all directions. We’re becoming cold and dark and empty. Don’t you feel it?”

Then Nietzsche asked a profound question: “How shall we, the murderers of all murderers, comfort ourselves?”

The philosopher understood the implication of what he was advocating. In removing God from our lives, we were removing our source of comfort and stripping ourselves of hope and peace. We were crossing the line of despair. 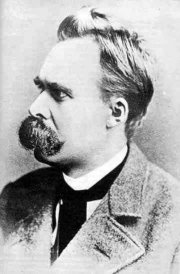 Nietzsche thought that after an initial time of chaos and despair, his God-is-dead philosophy would pave the way for a great superman to come and take charge of the human race, someone who could lead humanity to its zenith. But the insanity he predicted for the world came upon himself Apparently unable to live with his own beliefs, Nietzsche became increasingly irrational. One day, he collapsed on a street in Turin and was taken to an asylum. For the last twelve years of his life he was insane, becoming himself a madman, being cared for by his mother, a devoted Christian.

Furthermore, the superman he predicted for the world was personified in the person of one of his greatest disciples—Adolf Hitler.

Ravi Zacharias, in his book Can Man Live Without God? wrote, “There is nothing in history to match the dire ends to which humanity can be led by following a political and social philosophy that consciously and absolutely excludes God …. I, for one, see Nietzsche’s life and death as a blueprint for where we are headed inexorably as a nation.”