(Time is running out! Seating is limited. Register today below.)

It is perilously possible to make our conceptions of God like molten lead poured into a specially designed mold, and when it is cold and hard we fling it at the heads of the religious people who don’t agree with us.

Many people misunderstand or are just plain wrong about what Christianity says about God. To add insult to injury, many groups who claim to be Christian are not from their definition of who God is. Others take their cues from the soundbites of people who have not done their due diligence in studying the matter which ends up spreading a skewed and erroneous view of what Christianity says about God. This has led to a hostility against it on one hand and a perversion of it on the other.

Exactly who is the God of Christianity? Is he the Santa Claus up in heaven willing to give us what we want? Is he an exalted man that has transcended all and now is starting the process all over again for us? Is he the compassionate being who loves everyone unconditionally? Is he the petulant dictator just waiting to throw us into a place of everlasting torture and darkness? Or, is he even a he? Is God a 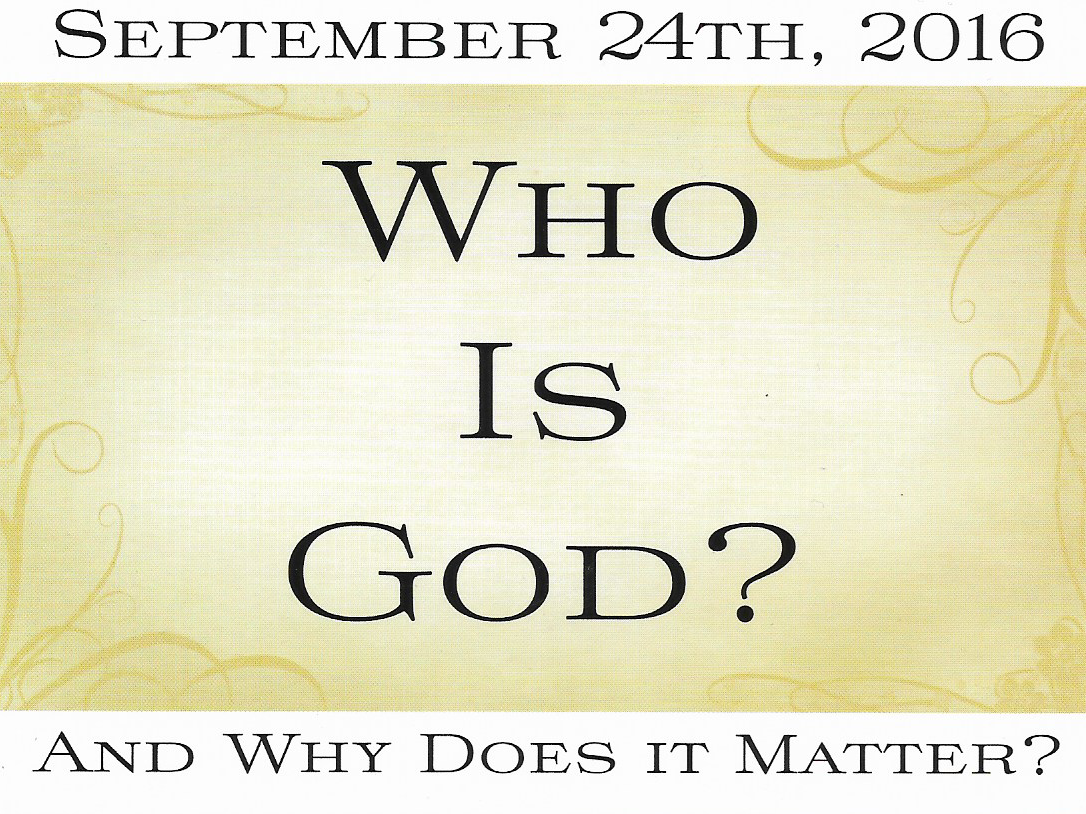 The ramifications of this statement are profound and terrifying. Most people today would rather keep the idea of God in a closet or get rid of Him altogether. It is one of the subjects people tend to avoid because of the passion of belief and the conflict that arises when an opposite view poses itself against it.

Though never a Christian nation, the U.S. based its laws and values on a Judeo-Christian foundation at its inception. Today, that has all but disappeared and the idea of God is being jettisoned at its core and we’re paying dearly for it. In our schools, universities, work, communities, and right down to the oldest institution of all, the family. The disintegration of a belief in God and the widespread acceptance of aberrant views concerning Him is literally destroying the moral fabric of our nation.

Jefferey T. Brown in his article in the American Thinker says:

Rather than abandon God because the cool kids are all doing it, while threatening us with rescission of rights, curtailment of religious freedom, “hate” laws, bigotry, and prejudice, we must ask His help.  God has blessed America.  When we have had enough of man and turn back to God, we may be worthy of true success, rather than the failure that has come to every other nation that has placed the corrupt power of man over the divinity of God.

It all goes back to answering the simple yet profound question: “Who is God?”

Join Berean Home Fellowship on September 24th from 9:30 a.m. to 4:30 p.m. at the Washington Branch library located at 5560 Harvest Lane in Toledo, Ohio, for their 2nd Annual Teaching Conference where the subject will be Who Is God? Speakers will be Tim Frass, pastor of New Life Community Church; Jerome Bell, pastor of North Christian Church in Markelville, Indiana; and David Washington, pastor of Berean Home Fellowship and author of Stop Bringing Them to Church. Registrants will receive free gifts and luncheon. Register below by September 16th, 2016. Seating is limited. 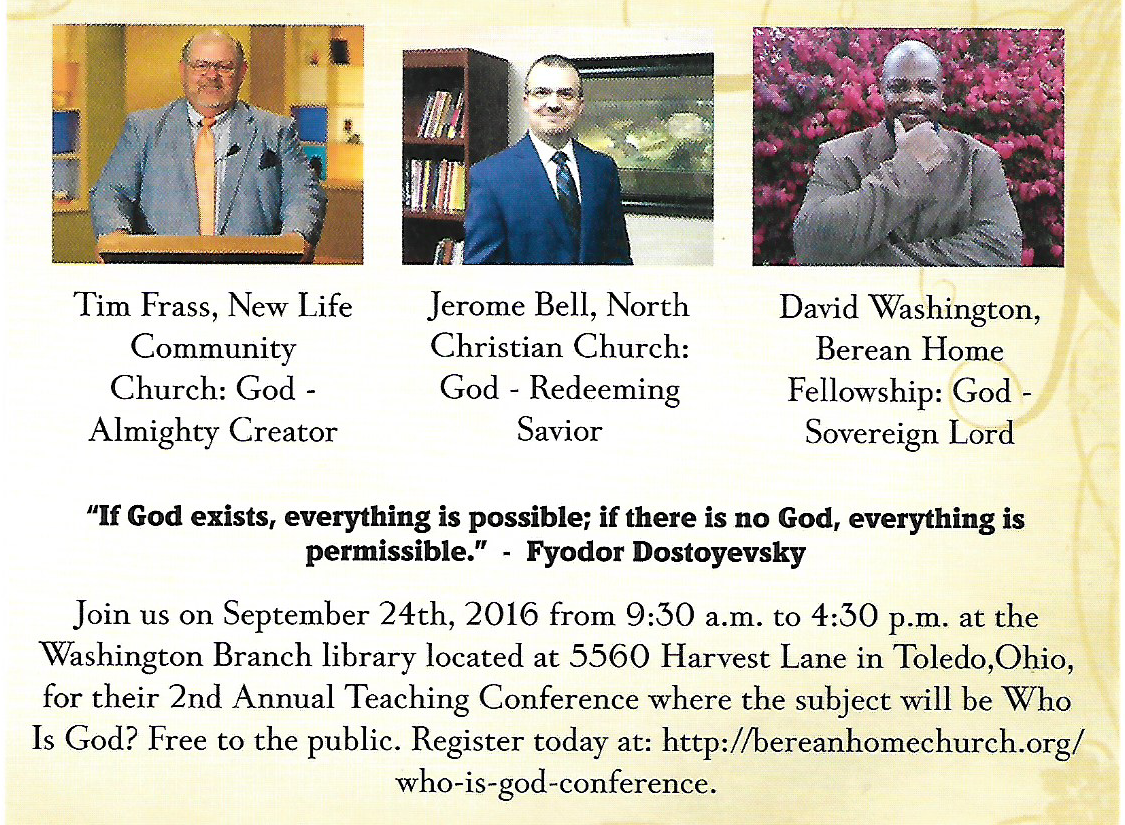