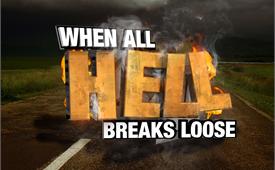 Today, there’s no doubt that the church has to be more discerning than ever. The proliferation of false teachers peddling a false gospel itching the ears of false converts is growing at what is seemingly an exponential rate. Christians have to be astute students of the Word in order to combat the errors and straight lies.

Recent history has given us some well known Christian heretics and heretical teachings. The 70s gave us Jim Jones. The 90s gave us David Koresh and the Branch Davidians. Those, of course, are some of the more extreme cases. But the most insidious are the heretical teachings that are embraced because of willful ignorance. The word faith movement, prosperity teaching, and now the emergent church.

History testifies also to those considered to be heretics who were spiritual giants. Martin Luther was hunted because he wouldn’t recant what he knew to be the truth and until this day is decried as a heretic among the Catholic church. The disciple Stephen was stoned before the Sanhedrin when it was apparent that he knew the truth just as much if not more than his condemners. John Wycliffe, the great Bible translator, was exhumed and burned, his books declared as heretical. John Hus was burned at the stake for stances on ecclesiology and the Eucharist which he ended up being right on.

Forming a home church has been a challenge. I must confess, I don’t know what I’m doing which is why I pray a lot. I want God to do this, not me because, quite frankly, I didn’t really want to do this at all. However, God has other plans and obedience is better than sacrifice.

Because of the non-traditional set-up here in the United States, the house church is looked down upon by traditionalists. I have been called everything from a cult leader to a false teacher. Mostly by religious folks. Add to that the announcement of my first book, Stop Bringing Them to Church, and I have become a full blown heretic even though the book isn’t out yet.

The one constant that keeps coming up is my opponents’ unwillingness and inability to refute the truth of the claims I assert. They’re quick to call me a heretic but when I challenge them to give me scripture to show me the error of my ways, they give me nothing or it becomes apparent that they are not skilled in the Word.

Don’t get me wrong. I don’t claim in any way to know everything there is to know about the word of God. Very far from it. That’s why I spend so much time in it. To know God, to know His Truth, and to know what He expects of me. However, I am confident in what I do know. In other words, I know what I know and nothing is going to dissuade me from the truth of that reality. I will contend for the truth revealed to me until the Lord calls me home. 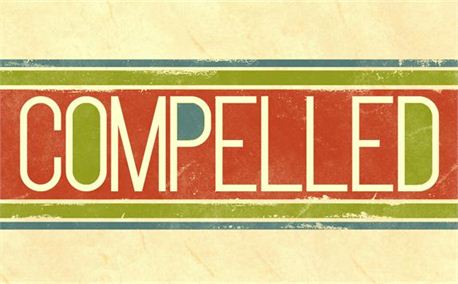 I stand with Martin Luther in saying:

Unless I am convinced of error by the testimony of Scripture or by manifest reasoning, I stand convinced by Scriptures to which I have appealed and my conscience is taken captive by God’s word. I cannot and will not recant anything for to act against conscience is nether safe for us, nor open to us. On this I take my stand. I can do no other. God help me. Amen.