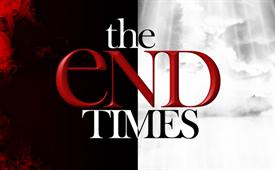 In my town recently were several billboards that broadcasted the end of the world which was supposed to happen May 21st, 2011. That was yesterday. The disturbing thing about this is that it has been propagated by a self-proclaimed Christian radio network.

This network has several frequencies around the country and they are adamant about this date at their website. It’s because of this that this message is going far and wide and concerning those whole don’t know the truth.

It boggles the mind how people can misinterpret the following proclamation from the Word of God:

For yourselves know perfectly that the day of the Lord so cometh as a thief in the night. (1 Thessolonians 5.2)

But the day of the Lord will come as a thief in the night; in the which the heavens shall pass away with a great noise, and the elements shall melt with fervent heat, the earth also and the works that are therein shall be burned up. (2 Peter 3:10)

And of course what the Lord said Himself:

Watch therefore, for ye know neither the day nor the hour wherein the Son of man cometh. (Matthew 25:13)

The implication here is that no one knows when a thief is coming. They come at a time you don’t expect.

A few young Christians asked me about those billboards with a hint of genuine concern. I assured them, “Whenever someone gives a predication when the Lord is coming, you can best believe that is not the day He’s coming.”

We look at this and chuckle but there really isn’t much to chuckle about because there were many people who follow that station’s teaching who believed what they said and was led by a lie. They’ll keep doing it because they are self-deceived. Deception is never funny. 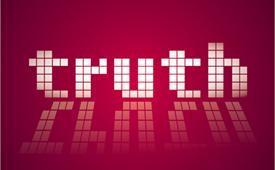 The radio station has a long dissertation filled with erroneous hermeneutics of being able to discern the exact Day of Judgment. Responding to it would take far too long and I’m not quite sure that most of this information will be relevant once the world has seen that the station has proved itself to be a false prophet.

The Lord warned us about these who would rise up in the last days.

And many false prophets shall rise, and shall deceive many. (Matthew 24:11)

But there were false prophets also among the people, even as there shall be false teachers among you, who privily shall bring in damnable heresies, even denying the Lord that bought them, and bring upon themselves swift destruction. (2 Peter 2:1)

So many people are following these false teachers today who have risen in number exponentially. Damnable heresies like the word faith movement, Mormonism, emergent church teaching, and a plethora of others that are not leading people to Christ but to hell. God forbid if you say something to someone about a teacher in that movement that they follow based on the unadulterated word of God. They are too caught up in a cult of personality that they won’t let the truth get in the way of their belief.

I had an incident that’s reflective of this with a young lady who instantly lost any kind of love for anyone who disagreed with the teaching of Joyce Meyers. She was not looking for truth but looking simply to defend someone she was emotionally tied to instead of presenting her belief from the word of God. She could not defend the biblical arguments that were being presented (not just by myself) so she simply got upset. She had a lot of emotion but no spiritual substance. Most false teachers teach false doctrine in that way. Much emotion with no substance which normally is a lie.

I’ll say it once and I’m going to keep repeating it: read the word for yourself. Learn under someone who has solid biblical teaching. At Berean Home Fellowship, we are adamant about our motto: teaching independence in dependence on God. We have links underneath to solid teachers as well as our own teaching. Don’t be caught up in the hoopla. Let your life be this pursuit: that you would learn more about God and obey His word more and more each day. This is what will inoculate you from false prophesies peddled by false teachers adhering to a false doctrine.