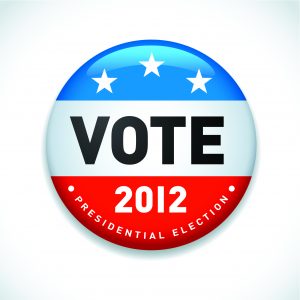 Today, November 6th, 2012, we have the chance to vote, to exercise the God-given freedom we have in this great country called the United States. There are many candidates in many different political races. We get to choose and let our vote count.

The people of God have a challenge today. We have two major candidates running for president of the United States, arguably the greatest country on the planet.  Both candidates have faiths which are clearly antichrist.

Romney is a Mormon. That’s a cult and clearly antichrist. It denies the deity of Christ, an absolute necessity to be a Christian. He himself has been disingenuous in his stances, doing some flip flops. The cult also believes that we will be created to be gods and that Lucifer is the brother of Christ. At one time, they believed black people had the mark of Cain but they have since rescinded that. Clearly, as a bishop in this religion, he is deceived like everyone else who adheres to it.

Obama is…well…who can be sure? He says he’s a Christian but he is most avowedly not. Let me say that again: Obama is not a Christian. He’s the most openly antichrist president we have ever had and he acts like a Muslim in many respects. The theology he espouses, liberation theology, is not theology about the true God but a false God the proponents of it create. The Democratic party which supports him affirms the things that God denounces in Romans 1. They booed the inclusion of God on their platform. Clearly, as a candidate and believer of this party’s liberal philosophy, he is deceived like everyone else who adheres to it.

These are not rumors. They’re facts.

But what’s on the table here is where does each of these candidates want to take the country and how do they want to get there. Even though Mormons and Christians are worlds apart in relation to the One true God, they agree on things like abortion, taxes, gay “marriage”, healthcare, business support development, and creating better environments overall for job creation (the government does NOT create jobs in the sense they incessantly want to tell us they do). On the flip side, what Christians and liberal theology or liberalism in general believes are total opposites.

There are other candidates we can vote for representing the Constitution, libertarian, and socialist parties (not kidding on that last one). But the vast majority of people today will be voting for one of the major candidates. And for those that do that, we have to sincerely vote for the lesser of two evils.

True Christians should always vote biblically. In other words, they should vote according to the candidate that holds a moral worldview and will fight to enact laws  that line up more closely with the law of God. The Bible (hard for many because they don’t even know their Bibles correctly, but I’ll save that for another time). For now, it will suffice that we do what Galatians 6:10 commands:

As we have therefore opportunity, let us do good unto all men, especially unto them who are of the household of faith. 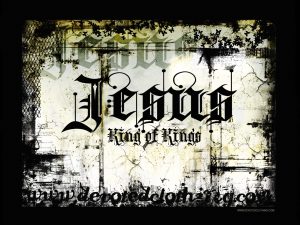 However, in saying all that, we must never be stressed about this or any other election. Don’t lose our joy, no matter the outcome because ultimately, Jesus Christ  is our King and He rules eternally.

The LORD hath prepared his throne in the heavens; and his kingdom ruleth over all. (Psalm 103:19)

In other words, His candidacy is locked in eternity and it was paid in blood at the cross of Calvary. Though satan attempted to usurp His place, he has lost. Though finite man shakes His fists at the heavens and curses the Infinite One, the Lord has, is, and will reign forever (Exodus 15:18).

Whoever wins this election, we need to understand that God allowed it. And just because God allows something doesn’t mean that God approves. It simply means He is Sovereign and He’ll use who He wants to use when He wants to use them according to His purposes.

The king’s heart is in the hand of the LORD, as the rivers of water: he turneth it whithersoever he will. (Proverbs 21:1)

It is that reality that we should be focused on and should bring us joy and happiness eternal because we know that the Judge of all the earth will always do right and man is powerless to do anything to change it. Praise God for the Eternal Candidate!