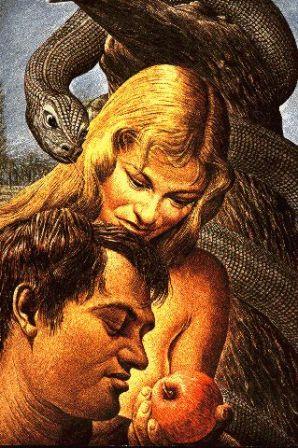 As we come close to the end of this series on The Pastorless Church, it is important to understand all of the reasons behind the idea of there being no female leadership in the church. Again, this has nothing to do with being outmoded or up with the times. It has to do with being obedient to God and what He says. Doing the opposite is nothing but an excuse to continue in rebellion and disobedience towards God.

Pastor Tony Evans describes it as not being a matter of equality since we are all one in Christ as was mentioned earlier in the series, but one of function.

A key question that must be asked in the account of the Fall is why did Satan choose Eve to deceive?

In 1 Timothy 2:14, Paul presents the truth of the account of the Fall by stating that the only one that was deceived or deluded in the whole encounter was Eve and in so doing proves the reality of her being the weaker vessel (1 Peter 3:7) which is why Satan chose her to deceive. By taking authority unto herself and not adhering to the authority of God and her husband, effectively usurping their authority, she walked into sin thus proving that she was not made or fit to lead. She then took on the character of her new god by persuading her husband with the same kind of deceit. Bengal says it like so:

In addition, for her to be deceived means that she genuinely believed that a lie was the truth. Women are more emotionally driven while men are more logically driven. This is seen clearly in the reality in that she knew what the word of God said but choose to follow her feelings. Adam, on the other hand, chose to rebel without any deception which is decidedly worse. He went in with eyes wide open. This is why because of Adam’s sin, not Eve’s, was the whole of mankind cursed. We see this clearly in 1 Corinthians 15:22:

For as in Adam all die, even so in Christ shall all be made alive.

Why was Adam mentioned and not Eve? Was not Eve deceived first? Yes, she was. But she did not have the authority.  In addition, she was created from Adam and therefore was not the beginning of God’s creation as far as mankind goes. Adam was. It was only when the head became corrupted that everything went downhill.

This goes against the sensibilities and cultural idea in today’s society that women can do everything that men can do. Feminism has crept into the church which is the reason why there is a proliferation of this in so many congregations along with faulty, erroneous interpretation of the scriptures. But the truth is laid bare before us in that men, meaning males, are the ones that God has chosen in role and function to lead the church. We will conclude this series in looking at the myriad examples throughout the scriptures of the reality of this truth.

One Reply to “The Pastorless Church – Part V”