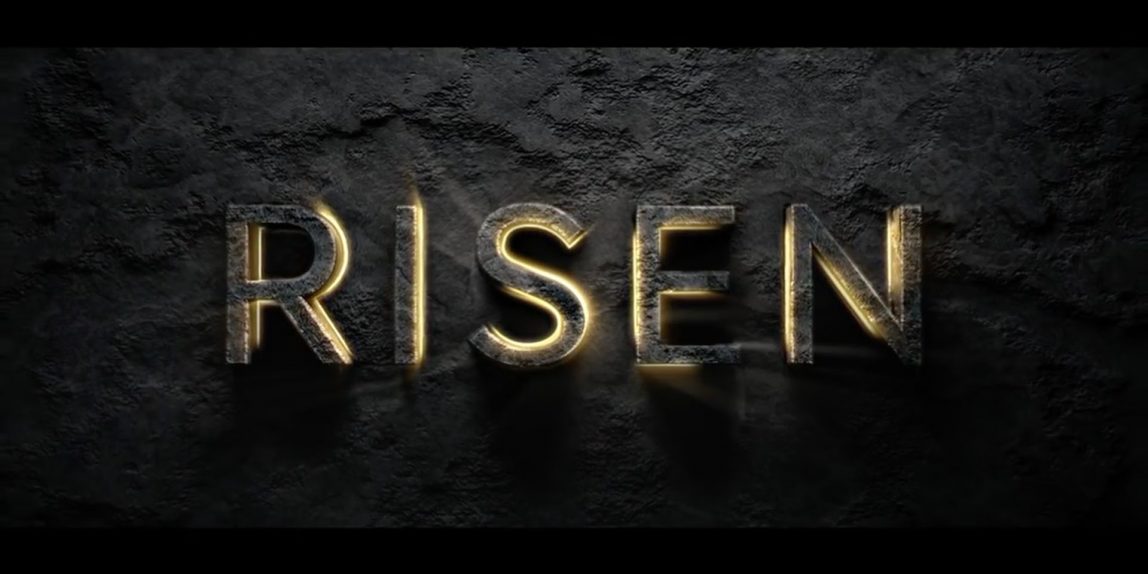 This past weekend, I had the opportunity to take my wife out to see a movie. She had expressed an interest in going to see the movie Risen starring Joseph Fiennes. I watched the trailer and was slightly intrigued because of the perspective the movie was taking the story. In short, the story is about a Roman captain named Clavius who is tasked with to investigate and find the body of Jesus the Christ.

Many Christians cry foul at anything creative whether it be in film, books, or music. I don’t happen to be one of those Christians. However, I must admit that I am not a fan of current faith-based movies coming out today (Awe! Shock!). They tend to be shallow, banal, scripturally off, and the acting is…uh…not so good. This is coming from a person whose favorite movie of all time is Jesus of Nazareth. I like Passion of the Christ as well but it’s too much for me. I get emotionally drained watching that movie. Very intense but good.

The slate of movies that come out labeled as Christian or quasi-biblical to me are pretty horrid if not downright blasphemous. Heaven Is For Real, Son of God (just outright bad on all levels), Resurrection Road, Noah (blasphemy comes to mind), Exodus: Gods and Kings, and a slew of others just do not interest me and are just not good movies. Much of this is just from watching the trailer though not all (yes, I don’t have to watch the whole movie to see whether or not I’m interested or whether it will be good). I haven’t taken a gander at Left Behind with Nicolas Cage but I probably will. I’ll leave a post here at some time in the future if I decide to take the time to watch it.

However, when I saw the trailer for Risen, I thought the perspective was intriguing since the soldier is clearly a pagan through and through. Some things I saw had me cocking my head to the side a little bit which is my red flag. But I ignored it and capitulated, driving my lovely to go see the movie.

WARNING: If you don’t like spoilers, skip to the end.

The movie begins with a skirmish between the Zealots and a Roman company of soldiers which Clavius leads. The battle was anti-climatic in many respects with the end being the best part. This is not simply because it ended but because we got a glimpse at the disposition of the main character.

Next we are introduced to Pontius Pilate (Peter Firth) who is truly a jerk which is historically accurate. You witness his trademark vacillating character when dealing with the Sanhedrin though he loathes them. He tasks Clavius to oversee the burial of Jesus (Cliff Curtis). Clavius gives the order to pierce His side with a spear and then helps with rolling the stone in front of the tomb.

Days later, the news comes. The body of Jesus is gone. This is causing problems with the Sanhedrin so Pilate has Clavius search for the body and find it before Caesar makes an appearance in two weeks. Clavius searches high and low and doesn’t find the body. He brings a body to Pilate that is similar but that is not good enough. He enlists the help of a spy to find the disciples. This leads him to Mary Magdalene and the disciple Bartholomew. When questioned, they act more like hippies than scared disciples. Mary less so.

Through the help of his spy, Clavius finds the disciples. However, he also finds Jesus sitting with them in the Upper Room. This rocks his world. He orders the rest of his men to cease searching and stays there with the rest of the disciples, speechless. It is at this point that Thomas enters. He runs to Jesus like a kid which is not biblically accurate in terms of that account. Remember, Thomas was already there with the disciples when Jesus shows up (John 20:26).  But let’s forgive that faux pas.

What is accurate during this scene is that Jesus has Thomas touch Him in his wounds which they show. However, He doesn’t tell Thomas to do so vocally and also doesn’t say to Thomas, “Be not be unbelieving but believing.” This one line is a line that should have been. This is where it gets hokey. The wounds are superficial at best so there’s no way that Thomas can actually put his hands in them. Also, Thomas doesn’t give one of the most astounding statements in all of Scripture for a skeptic: “My Lord and My God!” This is an astounding statement and it’s said from a deep heart of worship. You get that not at all. Totally misses the opportunity to say something profound cinematically and fills it with some wishy-washy reunion.

It’s all downhill from there. From the disciples finding huge fishing boats on the side of the Sea of Galilee without an owner in sight to the sub-par (at best) portrayal of Jesus by Curtis to the lamest Ascension I could have imagined or wouldn’t have imagined given that it wouldn’t have even crossed my mind. In short, the script was below average, the acting was the same, and the movie was moving only in the fact that I wanted to hurry up and get out of the theatre.

So should you go see it? That’s basically up to you ultimately. It’s not the worst movie out there but it certainly isn’t anything to write home about. It’s marginally average and I think I’m being considerate when I say that. Let me put it this way: my wife—who chose the movie—gave it a 44% out of 100% (I gave it slightly higher at around 46%) and asked me to pick the movies from now on. I simply said, “Yes dear,” and nodded.