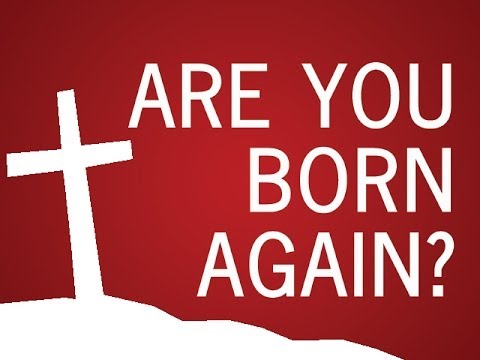 Recently, I met with an old acquaintance from back when I was in high school. Back then, I considered him my best friend though by his own admission he didn’t consider me as such. He considered me more of a kindred spirit so to speak. During our last years of high school, he went away to a music school and ended up getting a degree at an esteemed music college. It was many years before we would reconnect.

Now, having been living in the same area again for a decade, I have had conversations with him in reference to his spiritual condition. He assures me that there is nothing wrong with him and God and that everything is peachy. This coming from a man who doesn’t gather with any church, doesn’t read his Bible, doesn’t have any Christian friends besides me that I’m aware of, and doesn’t understand the gospel.

He’s well aware that I pastor a church, that I pray for him on a regular basis, and that I talk about spiritual things a lot. Every time I would invite him over to other events that were connected with the church, he was too busy or would come up with a reason why he couldn’t make it. So I though a one-on-one exchange would do better. So, I set the date and began to pray for that lunch date.

I invited him over to my house for lunch last week. His first order of business was to gossip about someone we knew in our high school days. Once he saw that I was not going to ride on that train, he changed the subject. We talked about many things and as we were eating, the subject turned to spiritual issues. He began using the phrase “born again” which I took as my cue. I then said four words that got him riled up. Those four words were, “Are you born again?” From the way he responded, I may have well have smacked his momma. Twice. He got in a tizzy and I deftly changed the subject since it was clear he wasn’t ready to handle it. However, he brought the subject back up, asking me a question. I proceeded to grab my Bible to answer his question. His reaction? He immediately jumped off the couch, put his shoes on in a huffy, and left. I didn’t get a chance to answer his question nor say one word out of Scripture. He literally hurried out the door, informing me he was born again and that he knows God.

Sometimes, our evangelistic efforts fall on deaf ears. We can pray, prepare, and go in optimistic only to be shot down. Understand that you’re in good company when it comes to that. The Lord Jesus Himself was rejected when He announced that He was the long-awaited Messiah (Luke 4:16-30). The apostles were commanded by the authorities not to preach the gospel (Acts 4:13-22). Jeremiah’s ministry was met with hostility and rejection around every corner (Jeremiah 1:19, 20:7-9).

The message of the gospel is offensive to the unredeemed mind (2 Corinthians 2:14). If it is the true gospel, it shakes a person to the core of their reality. It casts them in a light that speaks to the sinfulness of their condition when they are inclined to speak well about themselves. There can only be one of two reactions to it: believe it, repent, and run to the light or reject it, be obstinate in their condition, and stay in darkness. There’s no wiggle room there. It’s either/or. Therefore, we shouldn’t be surprised that people reject the gospel. This is what the Scriptures say that men will do.

In our duty to spread the gospel, we shouldn’t be discouraged. Yes, it’s sad that people reject the gospel…but it should be expected. We can pray and year for someone’s salvation but we must understand that the testimony of Scripture is that the majority will not believe (Matthew 7:13-14). Even so, we press on knowing that there is a harvest and that though a person will reject the gospel today, tomorrow is a new day. The question that we need to continue to ask people far and wide are those four words: Are you born again?