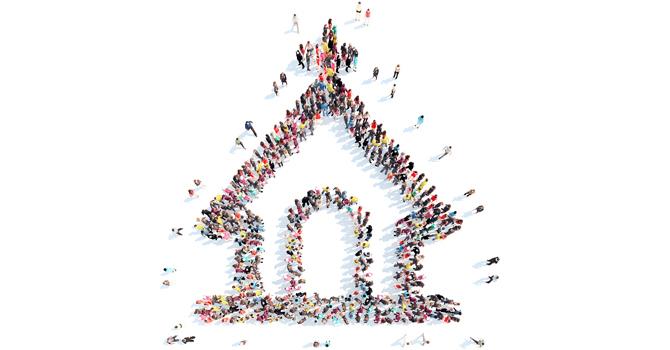 Among Christians today, I find something that is quite disturbing. It is one of a list of things that have made the church weak. It has sapped power from the church because of a lack of understanding. This is the reality that we should gather the church.

Now, I’m probably going to have to explain what I mean when I say that. Normally, I do not like to use the term “go to church” because I don’t want to fall in line with the modern-day thinking that the church is a building (I used that term for this series because it is the more familiar term and frankly, I want people to read this series). As many already know, the church is not a building. The church is the people of God. It is Christians. It is saints. It is people. So I am careful to distance myself from saying that in order to rightly define the church and describe their assembling or gathering.

Why is that important? It’s important because it begins to change our mindset. Words are important and how we use words are important. The Bible says that we do not live by bread alone but by every word that proceeds from the mouth of God (Deuteronomy 8:3). The Bible also says that life and death are in the power of the tongue and those that love it shall eat the fruit thereof (Proverbs 18:21). It says that our words should be seasoned with salt (Colossians 4:6). So using words properly is something that I’m sensitive to especially when words have changed their meaning when they shouldn’t have.

And let us consider one another in order to stir of love and good works, not forsaking the assembling of ourselves together, as is the manner of some, but exhorting one another, and so much the more as you see the Day approaching (Hebrews 10:25).

This verse is the most direct verse in Scripture that calls all believers to gather. That we should be assembling together as the church.

The first thing we need to notice here is this is not an option. It is a command. It is an imperative which means that this is not a choice we have to make whether or not we’re going to do it. It is an edict from God’s lips that says, “Do this.” Therefore, not to do this is disobedience and a sin.

A straw man argument is attacking a person’s position that they don’t really hold but it appears to be relevant when it really isn’t. It is a way — a bad way — to bolster one’s position with a smokescreen. It is using an argument not really connected to the actual argument being set forth. Therefore, when somebody responds to the biblical command of gathering with the church by giving those statements, they’re using a straw man argument because the biblical command is not about whether you are a Christian or whether you believe in God. The biblical command is whether or not you are going to love God by obeying Him. Not only is it an expression of love towards God in obeying the command, but it is an expression of love toward His people.

One of the things that I often hear for the reasons why people don’t gather with the church is because they have had some negative experience in the past with a church. I just recently was talking to someone who had a horrible experience with a megachurch he was a part of for 15 years. It is truly a tragedy and travesty when this happens in and among the church. It’s doubly hurtful when this happens as a result of the leadership.

Now, I will say that I take this with a grain of salt because I don’t know the situation from both sides and the Bible is clear about receiving an accusation against an elder (1 Timothy 5:19). However, that is not to say these things don’t happen because we know they happen. To be candid, I am more inclined to believe this because of the day and age we are in and the nonsense that consistently goes on in churches all over the globe I see all the time. The evidence is there and it’s glaring.

For these people, my heart breaks. This should not be so among the people of God. It reminds me of the passage in 1 Corinthians where a man was sleeping with his father’s wife (stepmother) and there was no shame (1 Corinthians 5:1-2). We are seeing of things happening on a wide scale.

In our next installment, I want to take a look at this same verse and why it’s commanded that we gather as the church.

God bless you and keep you.

One Reply to “Why You Should Go to Church – Part 1”