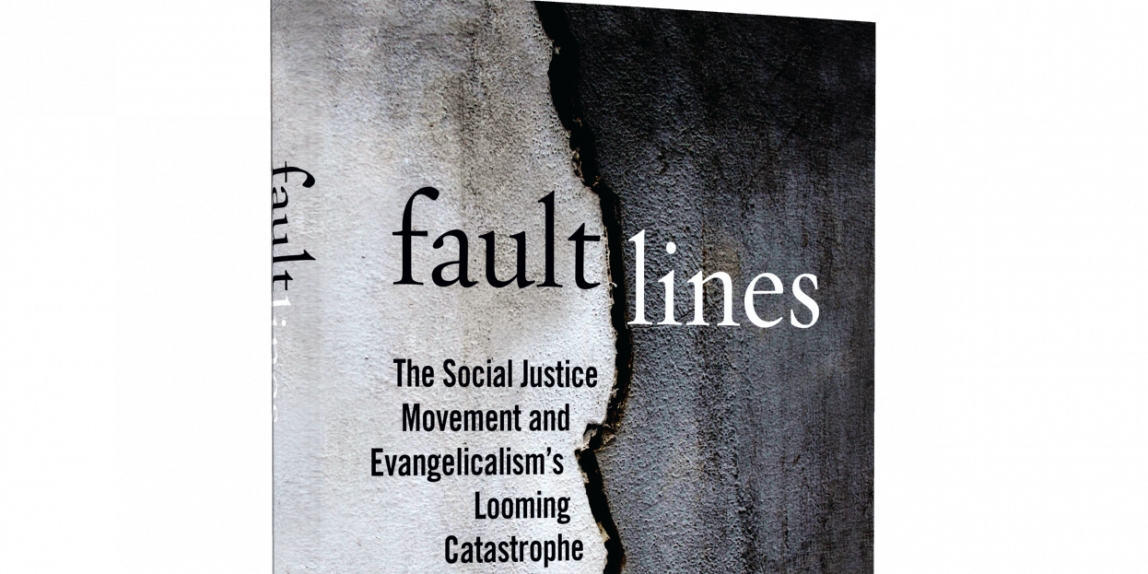 When I began reading Voddie Baucham’s Fault Lines: The Social Justice Movement and Evangelicalism’s Looming Catastrophe, I was already quite familiar with his work. As a matter of fact, I was in a pastor’s meeting when I mentioned the book had just released. One pastor had never heard of Voddie. After hearing about the book, he took it upon himself to buy copies for everyone. We decided it would be something we would read together and come to the table to discuss every week.

As we began, one thing that hit me was the disturbing nature of the facts that the CRT/I adherents had distorted and misrepresented. The whole antiracist movement is an attempt to keep alive a hatred industry. To blame someone else for all the ills of a nation. What happens as a result is they co-opt phrases which muddy the waters and confuse the issue with those who, if they knew the roots and true purpose of the movement, would shun it without a question.

When the book dropped and those who hadn’t even read the book began screaming about how the book was extremist or accused Voddie of plagiarism, that didn’t make me want to go in the other direction. It made me want to read it all the more because of the people who were making the allegations. Suffice to say, I’m not in their fan club. Anything that had them all in a tizzy had to have something good in it, and since I knew Voddie, I knew it was more than a little bit. David Robertson had done a review on the Fault Lines and admitted that before he had actually read it, the accusations were flying, and he found himself taking a taste here and there.

The introduction made me want to read further into the book. There he says this:

The goal of this book is not to avoid the looming trouble. In fact, I believe that to be neither possible nor desirable. The trouble has arrived. It will not go away anytime soon, and the division it is causing is necessary (my emphasis).

Chapters 1 and 2 are about Voddie’s background, which may be a surprise to some given the content of the book. For me, it was not, because it mirrored very much my experience growing up as a young black man.

Chapter 3 highlights in several places the abject falsification and sinister undertones that accompany the CRT/I movement. They pepper key phrases and trigger words throughout their antiracist language to either conflate or confuse ethnic relations. A quote in the book from Aaron Preston, a Valparaiso University philosophy professor, sums it up well when he gives a description of those who are practitioners of so-called “grievance studies”. There he describes them as:

… resentful specialists in subversion who treat literature and philosophy, and indeed language itself, as tools to be used for political purposes.

But it doesn’t stop there. The media is in on the game as well.

For example, NPR, which has always been a part of the far-left liberal machine, had a penchant for using the phrase “unarmed black man”. Just the phrase alone conjures up images within a person’s mind that whatever follows has to do with the police abusing their authority. As Baucham sites an article by Kelly McBride from the Poynter Institute:

“A search of the archives reveal that NPR has used the phrase 82 times in the past year five of those were headlines.”… She notes that of those 82 uses, 26 came “in newscasts read at the top of the hour.” Sixty-five of them occurred in the 187 days after Ahmad Arbery, a 25-year-old Georgia man, was killed in February 2020, and McBride’s article was published on August 31, 2020.

He then makes a comparison with the term “unarmed white man” which was never mentioned. But it wasn’t for a lack of incidents in that same 187 day span. Baucham notes:

Stephen O’Brien was killed by police in Floresville, Texas, the day after Arbery on February 24; Christopher Palmer was killed in Manila, Arkansas, on March 4; Kenneth Mullins was killed in Edison, California, on March 6; Brian Marksberry and Aaron Tolen were killed in Humble, Texas, and Wasilla, Alaska on March 8… But you didn’t hear any of their names, did you?

It is this kind of double standard that permeates the whole movement that Baucham highlights. This is not done flippantly, but he takes a deep-dive into the ideology with copious quotes from those who are key influencers in the movement. It is some top-notch research work in that department.

When I got to Chapter 3, the litany of headlines and perversion of the narrative to fit their political agenda was beyond disturbing. Voddie captures the point of it all when he says:

“Today, people are writing and demanding justice before knowing the facts, and in most cases, without ever considering the aforementioned principles. And here is the key: people are ignoring these principles because the standard of justice upon which their pleas are built does not come from the God of the Scriptures.”

What is most astounding is this doctrine and movement being embraced by those in the church who call themselves evangelicals. Dare I say, they call themselves Christians. Though they wouldn’t openly say as such, it is inferred or implied from the things they have said.

Everything that you assumed or thought was normal in the world, or everything you thought was true about your tradition, your denomination, your own family, I’m going to pull the veil back, and what looked like this beautiful narrative of faithfulness and orthodoxy, and of truth and righteousness and justice, I’m going to peel that back and I’m going to show you the rotting corpse of white supremacy that’s underneath the surface.

Baucham’s observation about that statement is fantastic:

Note how closely Hall’s definition of white supremacy mirrors the orthodox doctrine of total depravity. However, for Hall, this depravity is not shared by all humanity by virtue of having descended from Adam (Romans 5:12), but is limited to a certain spectrum of melanin scale.

It astounds me that as a servant of the Lord Jesus Christ, it is not clear as crystal that this doctrine is evil — from the pit of hell and it smells like smoke — on multiple levels. That anyone in the church would be bamboozled by this confirms what I have said for years about how discernment has gone to the wayside in the church because of an abandonment of the truth of the word of God and a growing unbelief of the biblical power of the gospel.

The first half of Baucham’s book is filled with things that will upset you, especially if you are Christian. I had to put the book down for a while and mull over the seriousness of the issue and take a break because it sullied my soul to discover the truth was a lot worse than I imagined. When I picked it back up and finished it, I was happy I did because Baucham is clear on what this is and covers it in the final chapters of the book unreservedly. He exposes the Black Lives Matter movement at its root as a pagan, Marxist-Leninist organization, and the paganism goes deep. The founders of the organization are three lesbian socialists who practice witchcraft. Yeah. Let that sink in.

The founders have also been quite open about the fact that they practice witchcraft. In a June 2020 video call, both Collurs and Los Angeles BLM chapter founder Dr. Melina Abdullah discussed how they channel spirits to accomplish their objectives, using the Yoruba elite religion of Ifa, which involves ancestor worship.

But that’s not all. On their What We Believe page on their website (which was consequently taken down before the book went to print), they make it clear they are anathema to everything the church stands for when they make these statements:

We are self-reflexive and do the work required to dismantle cisgender privilege and uplift Black trans folk, especially Black trans women who continue to be disproportionately impacted by trans-antagonistic violence. We foster a queer affirming network. When we gather, we do so with the intention of freeing ourselves from the tight grip of a hetero-normative thinking, or rather, the belief that all in the world are heterosexual.

And it doesn’t stop there. Baucham lays out the truth most people don’t want to face. The church should hear this and know what they support when they cry the same mantra as these individuals because they don’t mean the same thing we do. The Bible is clear we should abstain from the very appearance or every form of evil (1 Thessalonians 5:22). It also tells us to have nothing to do with the unfruitful works of darkness but to expose them (Ephesians 5:11).

The one point in the book I disagreed with Baucham on was in reference to exposing this, when he says:

My goal is not to destroy, but to expose, warn, and correct in hopes that “they may come to their senses and escape from the snare of the devil, after being captured by him to do his will.”

My disagreement is because of the fact we are to destroy the works of the devil through the dispelling of the darkness. When light comes into the picture, there is no darkness. It is destroyed by being exposed. Now, I understand what he tried to say, but he, in my opinion, overreached here trying to be too diplomatic about the issue.

There’s another problem with the book and it’s what I deem is a major one. Voddie does excellent research, which will give one a full scope of what the CRT/I doctrine espouses. On that basis alone is enough of a reason to get the book. But he beats it to death without accompanying Scripture to make more of a biblical argument why this movement is destructive and should be avoided by the people of God. It lacked in teaching how to think biblically about the subject. This is something that’s desperately needed, and though it’s sprinkled here and there throughout the book, it didn’t really start until the last two chapters somewhat. I think a great opportunity was missed there.

Even so, I believe this is a book Christians should read instead of grabbing a hold of the media narrative from someone who is not in the Lord. Especially Black Christians. We cannot forget the entire purpose of who we are in Christ because that should be the primary identity we embrace.

I highly recommend the book, and you can pick it up over at Amazon, though I warn you that there are some sections that will probably make you upset. But it is wrapped up beautifully in the end.