There is an erroneous belief that has been perpetrated throughout the United States that politics and religion should be kept separate or that they can’t mix. The mantra that is always evoked is the “separation between church and state” which is almost always used out of context in complete ignorance. But the fact of the matter is that faith and politics are inseparable if both are genuine.

Throughout the scriptures we have men and women who defied the political establishment of their day on the grounds of their faith in addition to those in political positions who were openly influenced by God and the nation was better for it. In these many cases we see an inextricable connection between faith and politics.

In Exodus 1, we have a decree going out that the midwives should kill all the male children being born. It was a blatant example of what is called late term abortion today. The midwives refused on the basis that it was evil and they feared God. God rewarded this stand. 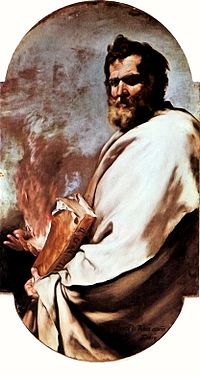 In the book of Daniel, more than once did he and his friends refuse to follow the political decrees and orders of their faith in God. They risked death in order that the name of God would not be blasphemed and each time they were honored for their stand of faith.

Elijah’s stand against the prophets of Baal in 2 Kings wasn’t just a religious one but a political one as he cried out against King Ahab and his wife Jezebel and the evil they had injected into the nation of Israel.

The Lord Himself, Jesus the Christ, was crucified for fake religious reasons and more for political gain.

As much as people want to try and gloss over and separate the two, the fact of the matter is that if your faith is genuine, it will effect and shape your worldview which directly affects your political outlook. If it’s superficial, fake, and disingenuous, it won’t. Even if it’s quasi-real and you ignore the implications of going against the tenets and principles it teaches, God will most certainly hold you accountable.

Therefore to him that knoweth to do good, and doeth it not, to him it is sin. (James 4:17)

Some people look at politics as their new religion. This is convenient because they can shape that into whatever their heart desires. However, when the Bible is clear in what is right and wrong, ignoring feelings or political implications, then that, in the evil hearts’ of men, is distasteful.

There is a clash and the victor is whoever sits on the throne of our hearts: us or God. If we win then we will always try to change the truth of God into a lie to appease our own sense of importance.

Who changed the truth of God into a lie, and worshiped and served the creature more than the Creator, who is blessed for ever. Amen. (Romans 1:25)

The fundamental basis of this nations laws was given to Moses on the Mount. The fundamental basis of our Bill Of Rights comes from the teachings we get from Exodus and St. Matthew, from Isaiah and St. Paul. I don’t think we emphasize this enough these days. If we don’t have a proper fundamental moral background, we will finally end up with a totalitarian government which does not believe in rights for anybody except the State!