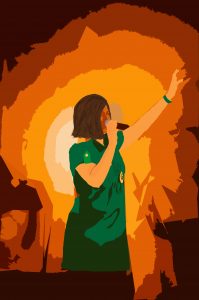 Unquestioningly, one of the most controversial topics within the modern church today is the idea of women as pastors in the church. Many arguments have been laid out for the affirmative. However, a church with a woman as a head pastor is pastorless because it is in contradiction to the scriptures.

In my introduction to this series titled Unqualified Church Leaders, I touched on those individuals who were disqualified as elders, bishops, pastors, and general leaders in the church. One of the categories were women.

Before I begin, I feel it’s imperative to state that by no means is this a referendum against women in some way. I can almost feel the daggers boring through me as I write this. But this is not about gender superiority or inferiority because in Christ, we all equal (Galatians 3:28). It’s also not about our egos or feelings. It’s about what the word of God says and endeavoring to be obedient to it. That being the case, we will simply be looking at the scriptures and letting the chips fall where they may.

Let’s first take a look at one of our texts which is 1 Timothy 2:8-15.  For purposes of this series, we’ll be using the KJV and the NKJV versions of the Bible.

In verses 8 through 10, we see the beginning of general conduct that is expected from both men and women.

I desire therefore that men pray everywhere, lifting up holy hands, without wrath and doubting; in like manner also, that the women adorn themselves in modest apparel, with propriety and moderation, not with braided hair or gold or pearls or costly clothing, but, which is proper for women professing godliness with good works.

We start here because this is where the role of the men and women in the church in this passage actually begins.

The first is that men pray everywhere. It is a call for men to lead public prayer in the congregation of the saints of the church. The specific word for men here is not in the general sense for the Greek an?r (an’ ayr) which means male.

This is not to say that women shouldn’t pray which would contradict scripture (1 Thessolonians 5:17) but in the sense where there is a gathered group of saints who join together in prayer to God in the official assembly of the church, the men should lead the prayer. This is in line with what will be said later for men to be leading in the church. In addition, this is to be be done everywhere, or more accurately translated, “in every place” where the saints of God meet for worship. 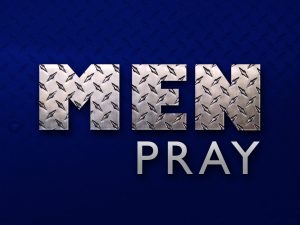 How is this prayer to be offered? First, it is by lifting up holy hands, an expression to God that the praying man’s life is open before God and that there is not sin that covers it. He is to be blameless in this respect in order to have his prayers answered (Psalm 24:4, 66:18).

Second, it is to be done without wrath. You can’t have something against a brother or sister in the Lord and expect our prayers to be answered. That bitterness should be dealt with and the problem resolved to the best of our ability before we bring prayer to the Lord (Matthew 5:23-24).

Third, it should be without doubting or more accurately translated, disputing. It should be done without murmurings against other believers. It should be offered in faith, free from the hindrances of disputes and dissensions.

Praying in the assembly of the church for any reason (specifically here it’s referring to prayer for everyone in verses 1-7) is a privilege, not a performance and we should approach it as such, humbly, knowing that it’s by the gift of Jesus Christ that we’re able to approach the Lord in this manner at all.

So, as this is the way men should conduct themselves in public worship in the church, how then therefore should women? That begins in verse 9 and we’ll look at that in part two of The Pastorless Church.

One Reply to “The Pastorless Church – Part I”