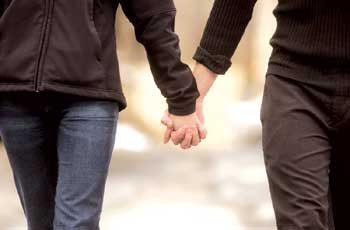 In the matters of the role of women in the church, Paul had the option of appealing to the apostolic authority that was given to him from God and was in his right to do so. However, he doesn’t do that. Instead, he based his judgment on the scriptures, specifically the creation account. Understanding this is crucial to understanding the roles of men and women in general, not only within the context of the church.

Paul begins by stating that it was Adam who was formed first (1 Timothy 1:13). This divine order of creation validates God’s plan to have man as the head, the leader, the one with authority by right between men and women.  Adam, before Eve was formed, was given authority and dominion in the garden of Eden (Genesis 2:15-17, 19-20).

Next, God creates Eve for the purpose of being a companion and helper to Adam. In other words, Eve was created for the man. This is important because she was not created to share his authority but to help him in carrying it out.  In other words, God didn’t create Eve and say, “Go tend the garden,”  as He did with Adam. He created her and said, “Go help Adam.” This establishes Adam as the primary and Eve as the secondary in matters of authority.

To further delineate the differences, he made the woman different bodily. Not as strong, not as hardy, not as one created, in a natural sense, to lead.

And by this very act God designed that he [Adam] should have pre-eminence, God fitted man by the robust construction of his body to live a public life, to contend with difficulties, and to be capable of great exertions. The structure of a woman’s body plainly proves that she was never designed for those exertions required in public life.

What often gets misconstrued in describing this is that women believe by stating this subordinate position that it’s advocating inferiority to men. This is not the case whatsoever for she is made out of man in makeup making her created in the image of God as he is (Genesis 2:21-24). There is no difference in that respect. But this is not an issue of superiority or inferiority. It’s an issue about authority. Equating subordinate with inferior is not understanding what the word means in this context. It means lower in rank or position not importance.

This picture is one of God’s people. Adam and Eve had not sinned and didn’t know sin yet God had outlined roles of authority. As the church itself consists of the people of God, saints called according to His purpose (Ephesians 1:11), it follows that He has done the same among them based on His previous work of creation. Even in the Godhead itself, the Lord testifies that all authority was given from the Father (John 5:26-27).

So we see from this that the matter of authority in the church is not a cultural thing as some erroneously argue. It is a divine edict laid down by God Himself at the very beginning of creation. However, Paul doesn’t just go back to the creation order, he gives another argument which is more profound and solidifies the headship of the man. We’ll take a look at this in our next post.

One Reply to “The Pastorless Church – Part IV”