In Part V of this series, we looked at the order of creation which is what Paul appealed to for his statement in having only males as pastors, elders, and deacons in the church. Though he could have appealed to his apostolic authority, he appealed to a higher authority which was the word of God. To reiterate, this is not a question about superiority. It’s a question about roles and authority.

To drive home this point, we’ll conclude by looking at a summary pass through scripture of the myriad examples of the consistent nature of this position as it is presented in the word of God. 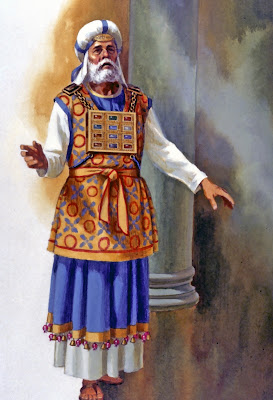 When God began the priesthood, He chose Aaron and his sons (Exodus 28:1). From that time onward, the priesthood is said to have consisted of males and passed down from generation to generation to the sons in the tribe of Levi. Their  were the spiritual leaders of Israel and taught the people as well as offered sacrifices for them.

When Miriam and Aaron tried to double team Moses by saying that he shouldn’t be the only one in authority, the Lord struck Miriam with leprosy but not Aaron. Why? Couple of reasons.

The first is that she was the instigator in the matter. Aaron, being who he was, joined in foolishly afterwards. Second, Aaron was the high priest and as such was to be holy. He had to avoid physical defilement. Therefore, God abstained from striking Aaron with leprosy because of his position. In addition, the position of the high priest was grave and serious, so much so that when he sinned, he brought guilt upon all of Israel as the spiritual head (Leviticus 4:3). The is the same thing that happened in the Garden of Eden for mankind.

There were no priestesses because God had ordained that males alone would fill the position of teaching and sacrificing to God. Only pagan religions have priestesses.

Though this may not seem germane to the discussion of women as pastors or leaders in the church, scripturally it is.

e supposed to be a reflection of God as King which is why God was the one who did the choosing (2 Samuel 13:14). The position of queen is always subordinate to that of king. Therefore, when choosing a leader for the nation (though their motivation was sinful), He choose a man to be king, not a woman to be queen. In fact, in scripture, no queen ruled in Israel except Athaliah who usurped the power wrongfully and was eventually executed for it.

The record of written scripture is that none of it was written by a woman. All inspired scripture was written by men. Though there are two books written about women, none of them wrote one letter of script

Out of all of the apostles that the Lord hand picked, none were women.  There were plenty of women around Him in His ministry that He could choose from. He did not. The reason for it is simple: He chose on the basis of the order that He had set in the garden of Eden which is based on man as the leader and woman

as the helper. So even though men lead, it does not mean that women cannot help and they should.

As mentioned in Part V, Adam was the one who had the role of authority as the head of the household. Later on in 1 Timothy 3 when qualifications are listed for a bishop or elder of the church, one is that the man would rule his household well (1 Timothy 3:4-5). In the marriage relationship, the man is to love his wife and the woman is to submit to her husband’s leadership (Ephesians 5:22-24, Colossians 3:18).

God sent His Son, not a daughter, to save the world (John 3:16). He appointed that Son as the head of the church (Ephesians 5:23). Jesus the Christ is said to be our Apostle and High Priest (Hebrews 3:1). All of the Persons of the Godhead are referred to as males. This is not because the writers were misogynists because the Lord always referred to the Father as a He and the Holy Spirit as well.

It becomes apparent from the Word of God that His intention is for men to have leadership roles in the home, the church, and over a nation. The proliferation of female leaders in the church is out of the divine order that God intended. It is a direct result of the world creeping into the church through feminism and the culture dictating the government of the church instead of the Word of God. People believe the lie that it’s a progression when it’s actually a regression and in disobedience to God’s command. The church of Jesus Christ needs to stand firm in its obedience to God on this matter not as a show of hatred to women (which is not what it’s about), but a love for God and His glory.