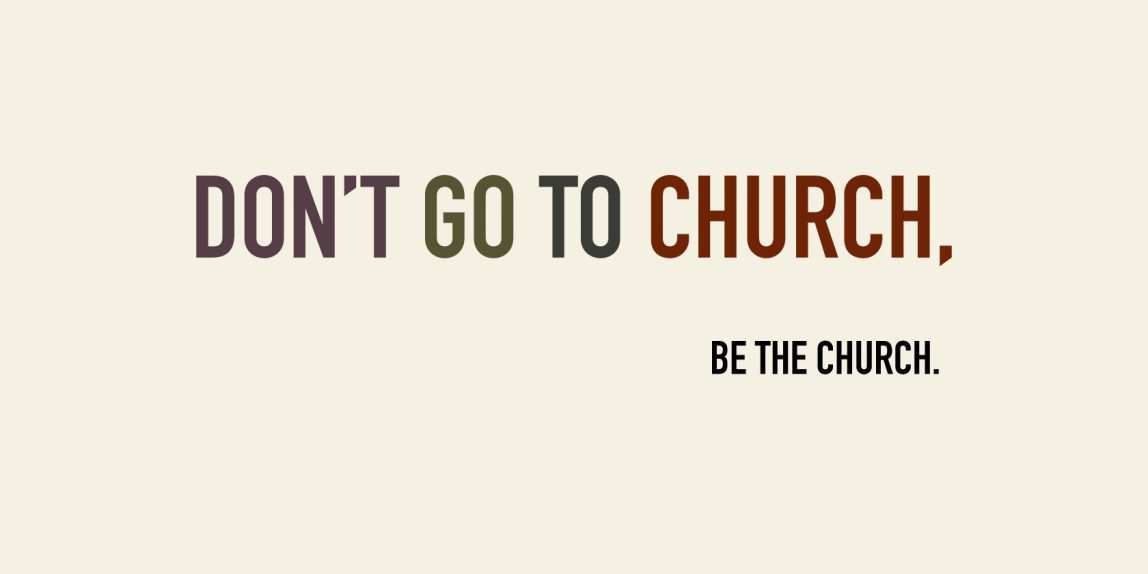 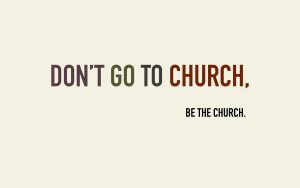 Today we start a new series in response to an exchange that I had on Facebook outlining what it means to be the church. In this exchange, a blog post was posted by the individual which you can read here:

Don’t Be the Church, Go to Church

This is in direct response to the current picture background on my Facebook page which is the same picture on the side here.

Let me first say before we begin that I appreciate these exchanges as they are opportunities for me to grow and to reevaluate positions that I hold. It forces me to delve into the word of God to clarify and more precisely define my position. It forces me to accurately elucidate why I believe it’s a biblical position and stays true to the word of God. My reasons for this is not to cast aspersions on the writer. He has proclaimed profession in Christ and unless proven otherwise I will treat him accordingly. I consider this as a presentation of iron sharpening iron.

My refutation will be in response to his specific statements. I will post these references so there is no confusion on what it is exactly that I’m referring.

First of all, a church is an assembly. Almost 90% of all uses of ecclesia in the New Testament refer to a group of Christians gathered together in assembly. The rest refer to the Universal Church.

Herein lies the problem. The author is focusing on the wrong word and contradicts himself.

The word “church” is translated from the Greek ekklesia. ek which means “out of” and klesis which means “a calling.” In essence, the church is the body of called out ones or the ones who have been called out. This is in line with other references to the church like in Romans 8:28 where it mentions the called or kletos meaning saints, a direct derivative of the Greek klesis.

In Matthew 16:18, Jesus makes this statement:

And I say also unto thee, That thou art Peter, and upon this rock I will build my church; and the gates of hell shall not prevail against it.

Since a church—by implication—must originate from the church in order to be a true church, it stands to reason that there must be distinguishing marks to identify it as a part of the church. This is particularly so because Jesus refers to it as His church which implies that there there may be churches that are not His but in name only. They are not a part of the true church. This detail is key. The author states in a broad term that there is a difference between a church and the church. He states that a church is a group or assembly of Christians and that the universal church is…well…I guess something else which he doesn’t define but one could infer as being everyone else which implies inclusion of non-Christians. That would be false and all kinds of wrong. If he means all those who claim to be churches everywhere, then that would still be false because all churches everywhere are not a part of the true church. Many are false churches.