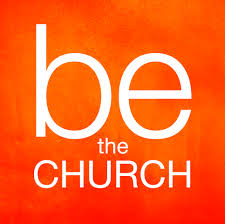 For whom he did foreknow, he also did predestinate to be conformed to the image of his Son, that he might be the firstborn among many brethren.

Second, teaching people “Don’t go to church, be the church” means the teacher must replace the Bible’s own meaning of “church” (i.e., “assembly”).

This is not accurate.

not the place of worship; for Isidore of Pelusium denies that there were such places specially set apart for worship in the apostles’ times. But, “in the assembly” or “congregation”; in convocation for worship, where especially love, order, and harmony should prevail (my emphasis).

The last portion of that gives a hint as to what kind of assembly this would be.

There is nothing unbiblical about encouraging people to be the church because the church is not like any other people group. The church is comprised of a particular kind of people. Peter says:

He also gives a marked description of those who are the church:

But ye are a chosen generation, a royal priesthood, an holy nation, a peculiar people; that ye should shew forth the praises of him who hath called you out of darkness into his marvellous light: (1 Peter 2:9)