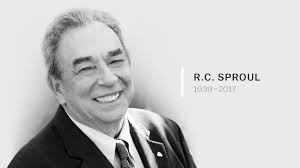 This past December was a sad month for me. During the holiday season, one of my mentors went on to glory to be with the Lord. At the age of 78, brother Robert Charles (known affectionately as R.C.) Sproul was called home.

When I heard that he had passed, I was heartbroken. I’m still heartbroken. This man was instrumental in the building and strengthening of my faith. There are only a few people who I go to on a regular basis when it comes to contemporary teachers. R.C. was one of them. I have so many teachings by this man. I’ve listened to them countless times. Some I’ve listened to so many times that I can recite what he’s going to say before he says it. It’s safe to say that I devoured his teachings and still do. 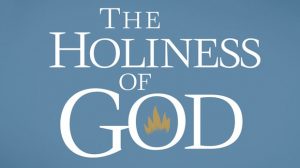 I didn’t know R.C. personally meaning that I had never met him face to face. That was the plan for the coming Awakening conference this March and part of my bucket list. However, through his teachings and interviews, I feel like I got to know the man better than most. He was so funny. So affable. Especially ion the Q&A sessions which anyone can download. At the same time, he was serious about the truth. A story that we are now blessed with about R.C. was recounted by John MacArthur when during the 1995 meeting with Christian leaders, he commanded the room, defending the gospel like a lion. I agree with Dr. Macarthur when he says that he was the great reformer of our time. A hearty “Amen!” I give to that.

Personally, I remember listening to R.C. while doing some yard work five years ago. It was on predestination. That teaching, which I believe I listened to three times in a row, gave me a new and glorious and deeper understanding of that profound topic. In addition, his small book Does Prayer Change Things deepened my worship of God in a newfound way. This is small potatoes compared to his magnum opus, the work which he is more famously known for, The Holiness of God. I have the book and have still yet to read it because I was either busy reading something else by him or listening to one of his teachings or sermons.

It was R.C. Sproul that acquainted me with the likes of Jonathan Edwards, Thomas Aquinas, and Saint Augustine of Hippo. I knew of their names before this but he made me want to go deeper in finding out more about these godly men. It was R.C. who increased my interest in Martin Luther, John Calvin and church history in general. God used this man in a mighty way in my life and I thank him for that. Though heartbroken I am, I can take solace in the reality that Dr. Sproul wrote over 90 books (that is just crazy folks) so I will still be able to hear from the teacher that God raised up for this generation.

I knew R.C. was struggling with his health for some time. At least a year or more. I along with many others prayed for a year for a full recovery. Even in that, he makes me smile.

It was during a Q&A when the question was asked, “What do you want to have written on your epitaph?” R.C. in his charming and inimitable way, answered, “I said I was sick.” The place rose in laughter. I think about it and chuckle.

I support Ligonier Ministries which R.C. founded in 1971. I will continue to do so. The mission to teach others about the holiness of God so they will know who He is in an awe-inspiring way is something I wholeheartedly support and ever will. A great man has left us but the work still goes on. Like the Lord Jesus said:

Then saith he unto his disciples, The harvest truly is plenteous, but the labourers are few; Pray ye therefore the Lord of the harvest, that he will send forth labourers into his harvest. (Matthew 9:37-38)